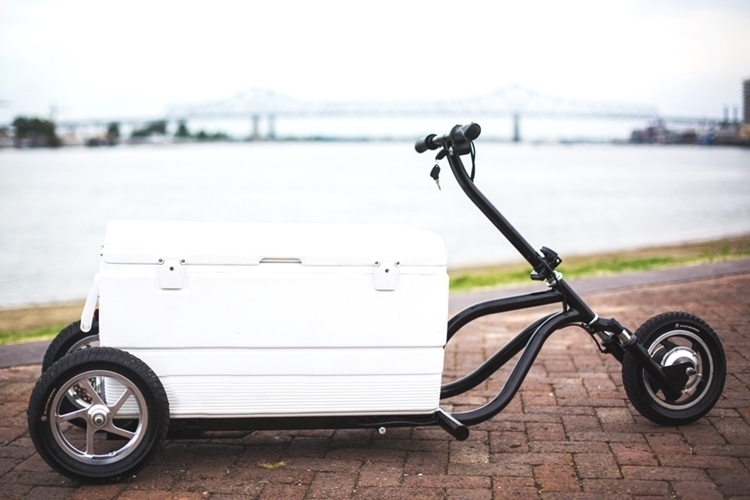 Large coolers are awesome, allowing you to dump a whole load of drinks and ice into a single tub. Problem is, load too much into the darn thing and it becomes an absolute nuisance to bring anywhere, since you’ll have to carry it, load it inside the car, and drag it along to your party spot. The Kreweser changes that by integrating the cooler into a motorized trike.

That’s right, it’s a cooler with its own motorized vehicle. That way, you don’t have to worry about how you’re going to bring a massive cooler to the tailgate – just load your drinks, ice, and food supplies onto this thing, then ride it all the way to the stadium lot. 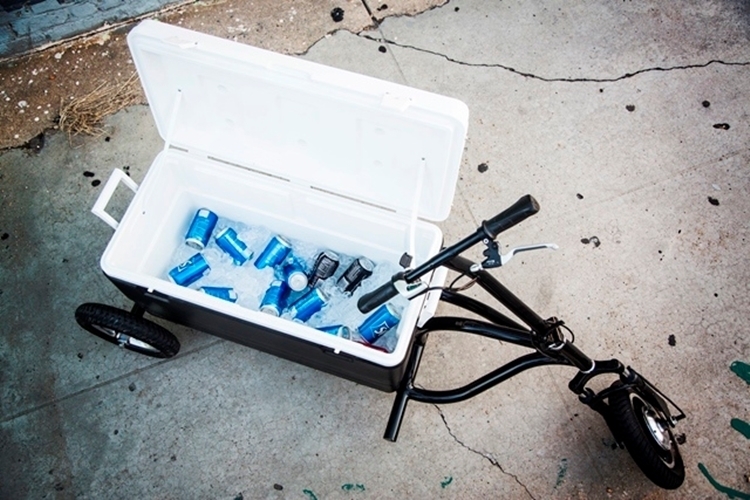 The Kreweser consists of a massive 94-quart cooler and a motorized trike powered by a 500-watt hub motor on the front wheel. During use, you load the cooler on its designated slot on the tricycle frame and use it as the seat while making your way to whatever tailgate, beach party, or outdoor festivities you’re spending time in during the summer. It can hit max speeds of 18 mph, which isn’t terribly fast, but it does give you a way of getting the cooler to your desired location without expending any muscle power. 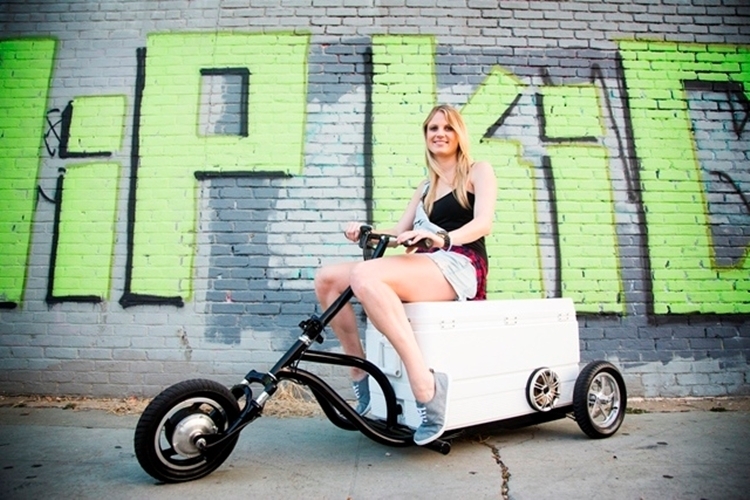 Features include dual disk brakes, 12-inch wheels, and a foldable design that lets you collapse the trike when not in use. Do note, the onboard battery is only good for 17 miles in a single charge, so you might want to find a way to charge the darn thing in the party or risk going home pushing this thing along the road.

Now available for preorder, the Kreweser is priced at $1,199.