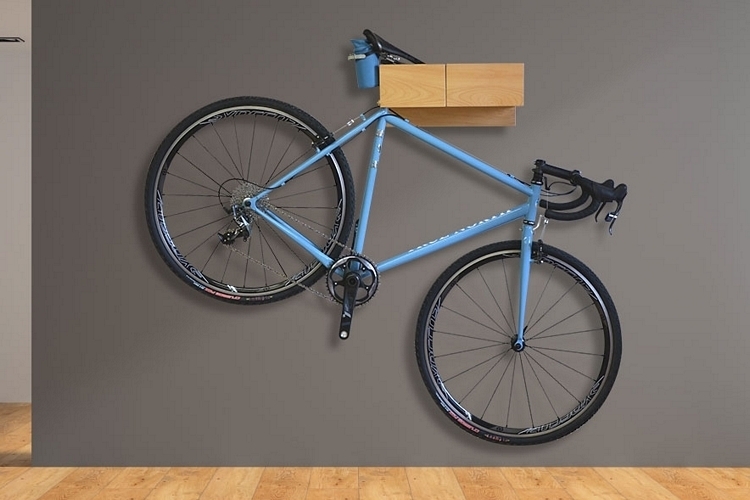 There are plenty of wall-mounted shelf designs that are meant to function as a bicycle rack, giving you a convenient place for stashing your bike inside the apartment. With its default position of mounting the bike diagonally, though, the Lignum Zadel makes things a little more interesting, creating an aesthetic that turns the bike into a contemporary decorative piece.

A part of the outfit’s On The Wall collection, Lignum says the shelf is designed for bikes with sloping top tube angles, which is, basically, every modern bike that isn’t custom-built with the old-school look in mind. Instead of holding the bike by the frame, it’s mounted using the rails on the saddle, creating the diagonal mounting position that makes for quite the quirky wall adornment. 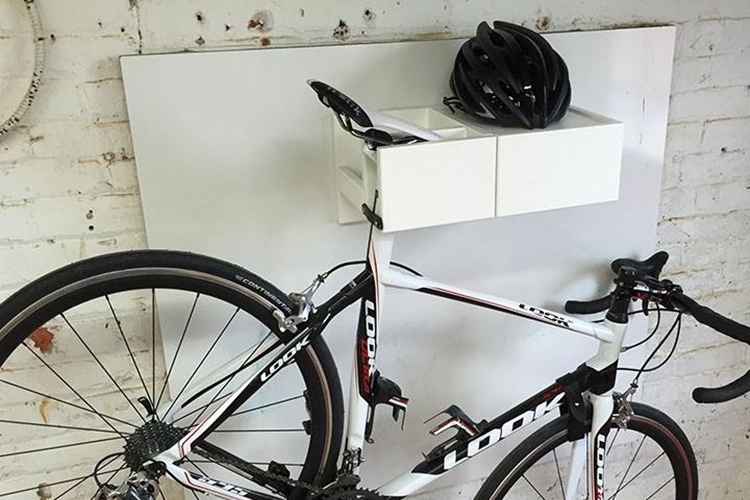 Because it holds your bike by the seat rails, the Lignum Zadel touches no part of the frame the entire time. Well, other than the leather strap that fences the seatpost in, which ensures the bike doesn’t fall off even when someone in the household decides it’s a good idea to push the bike off the wooden rails. And, yes, it can function as a small shelf, too, with enough surface space to hold a helmet and a small cabinet for holding your pocket dumps. 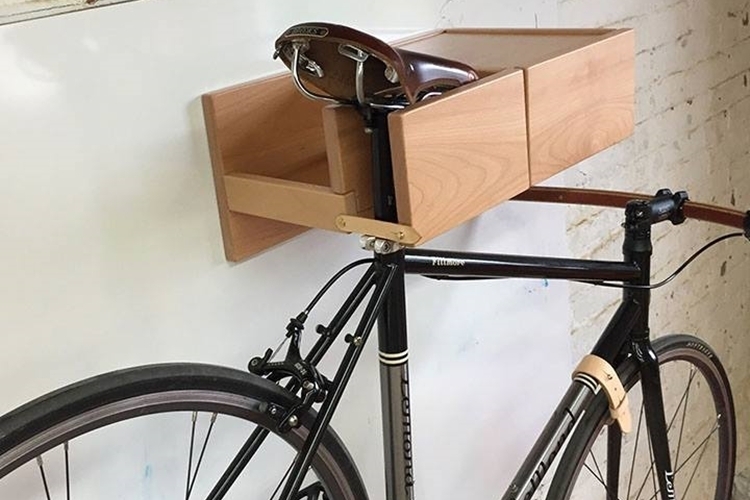 Construction is all wood, with a choice of maple, black walnut, and beech in one of four finishes. It measures 12 x 18.5 x 5.3 inches, so it shouldn’t take up much space on the wall (although the bike definitely will once it’s placed on the rack).

Available now, the Lignum Zadel is priced at $449.