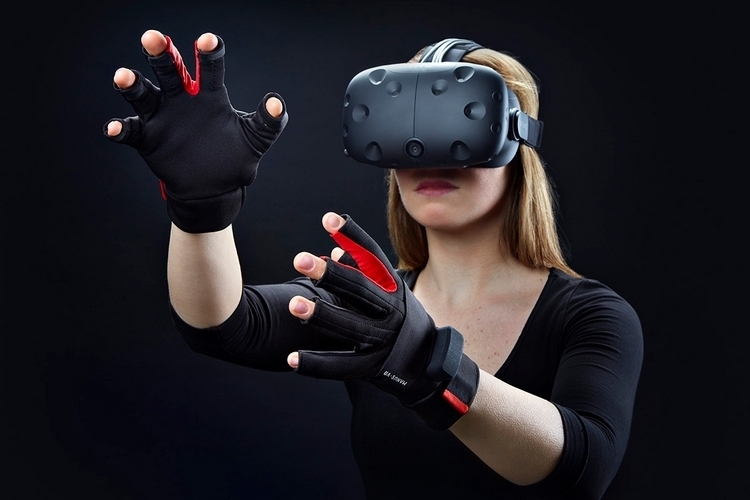 Judging from what we’ve seen in demos, the HTC Vive’s controllers are pretty well designed. If you’re going to make virtual reality really immersive, though, then punching buttons while moving your hands probably isn’t the best way to go. The Manus VR Glove offers what should be a more engaging alternative.

A pair of controller gloves for VR, it lets your hands physically interact with virtual environments, tracking not just your hand motions, but the nuanced movements of individual joints and fingers. That means, your actual hand movements can be accurately recreated in-game, paving the road for all-new ways of VR interactions.

The Manus VR Glove comes in two flavors: one that connects via USB (five millisecond latency) and a wireless Bluetooth version (12 millisecond latency). Each one uses an accelerometer, a gyroscope, and a magnetometer to precisely track your hand and finger movements, with a programmable vibration motor that allows it to provide tactile feedback to users. Anyone who’s worn a glove for extended periods know how smelly they can get, so all the hardware are fully sealed inside the gloves, making them just as washable as any pair of work gloves you regularly use.

Onboard batteries let you use the gloves for up to 8 hours in a single charge, although according to the website, average use (which means, plenty of action) will more realistically get it down to around 6 hours. Oh yeah, the gloves are open-fingered, so it should have that badass look going for it.

The developer version of the Manus VR Glove is going on sale in the second quarter, with the open-source SDK available for download now.