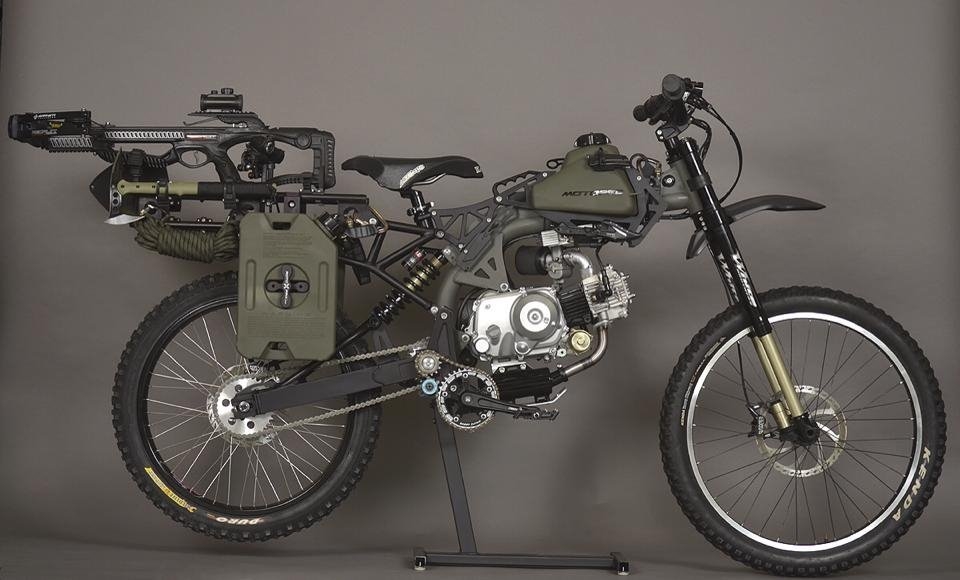 Sure, the CB4 Hunting Bike looks like an excellent vehicle for backwoods exploration, but the lack of a motorized powertrain means you’ll have to kill your legs clearing uphill slopes and rugged terrains to make your way around.  That’s not a problem with the Motoped Survival Bike, a moped/mountain bike hybrid that’s armed to the teeth with outdoor survival gear.

If you’re not familiar with Motoped, it’s a downhill mountain bike that’s mounted on a custom frame and powered by a 49cc four-stroke pit bike engine.  It’s shipped in the form of a DIY motorized bicycle kit that was successfully crowdfunded on Kickstarter last year. 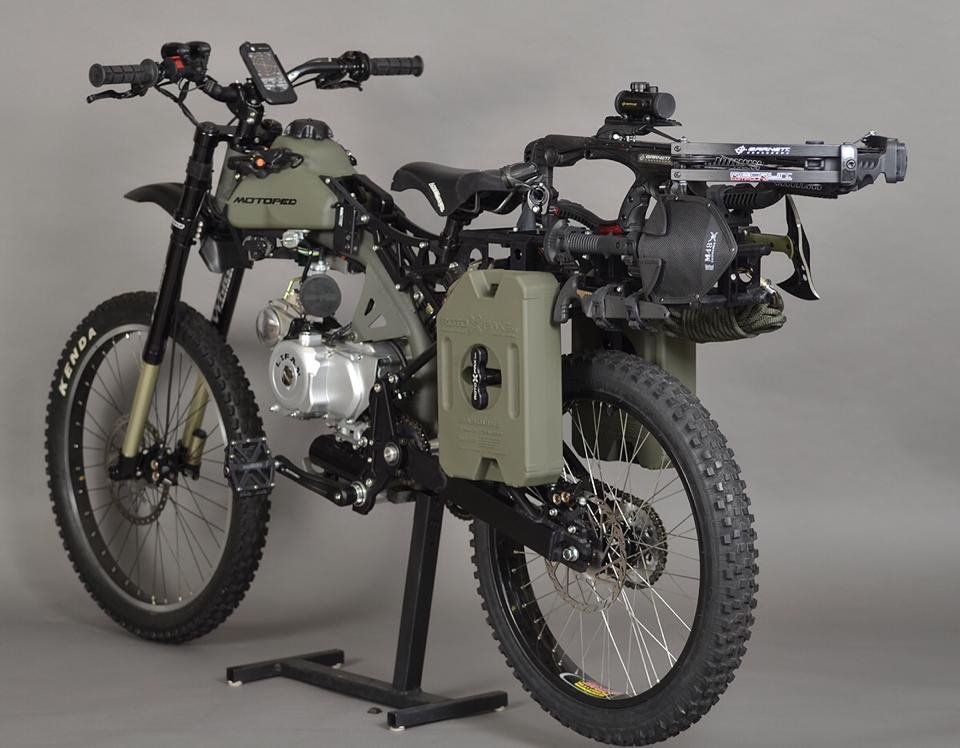 Officially called Motoped Survival Bike: Black Ops Edition, the new vehicle features the same basic components as the original bike, just reinforced with a crap ton of survivalist accessories.  For hunting, the moped comes with a Barnett Recruit Compound Crossbow for shooting game from a distance, along with a United Cutlery M48 Hawk Harpoon for penetrating targets at a short distance.  A pair of jerry cans hang along the sides for carrying extra fuel, with a Blackburn X6 for lighting your way in the dark.  Other accessories include a tomahawk axe, a neck knife, a survival shovel, a fixed blade saw, climbing rope with heavy-duty carabiners, a GPS/iPhone bike mount on the handlebars, flashlights, and a variety of multi-tools. 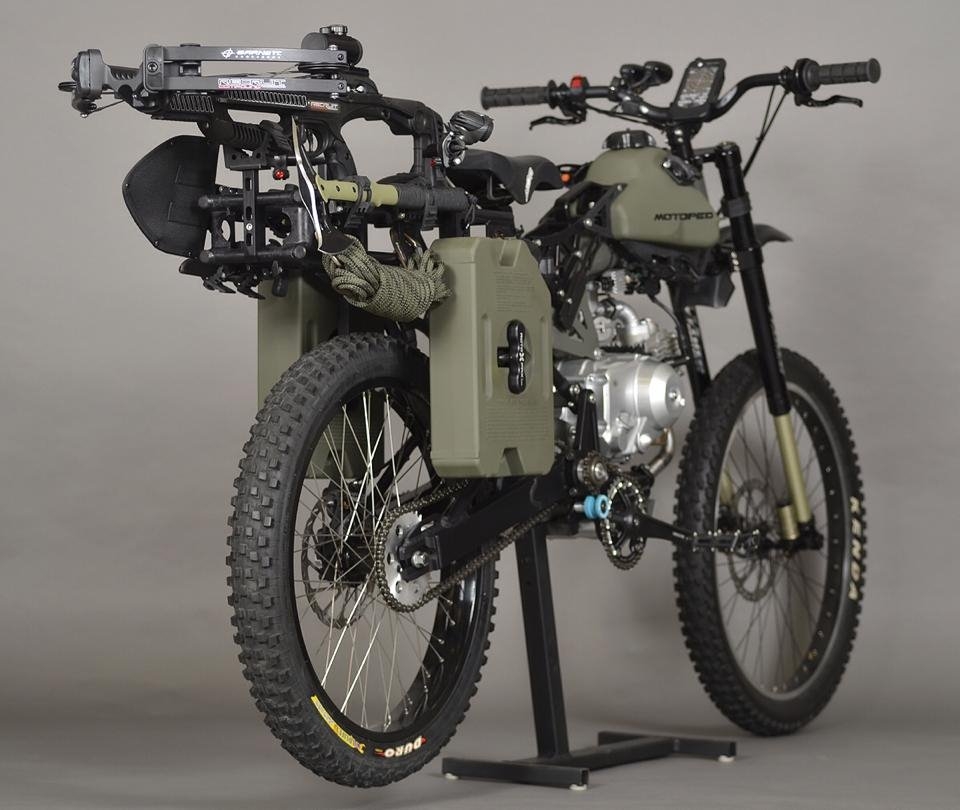 Since it comes with an off-the-shelf mountain bike pedal and gearing system, you can turn off the motor and stay mobile without making any sound.  Perfect for creeping on animals during hunts and avoiding the attention of whatever predatory creatures lurk in the woods.

A DIY kit for the Motoped Survival Bike (sans engine) will be launching soon.  Price starts at $1,999. 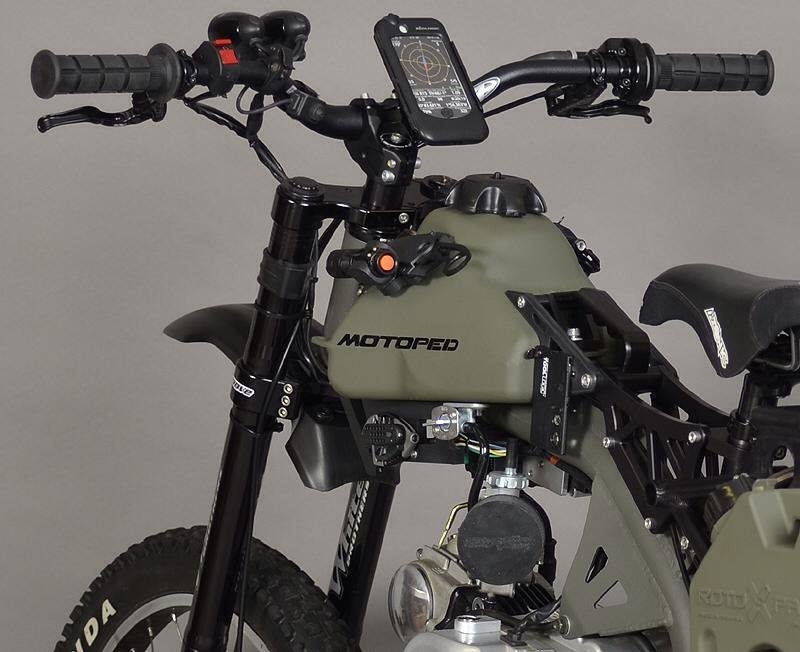