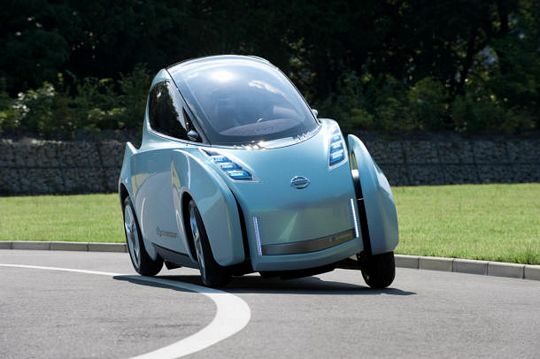 How fun would it be to drive a car that tilts?  If the Nissan Land Glider concept does make it into production, you’ll know soon enough.

Barely wide enough to fit one driver in the front seat, the tiny electric car features a computer-controlled steering system that literally leans the chassis during turns.  The effect is quite the sight to look at, with the entire vehicle shifting its weight on one side like a speeding motorcycle. 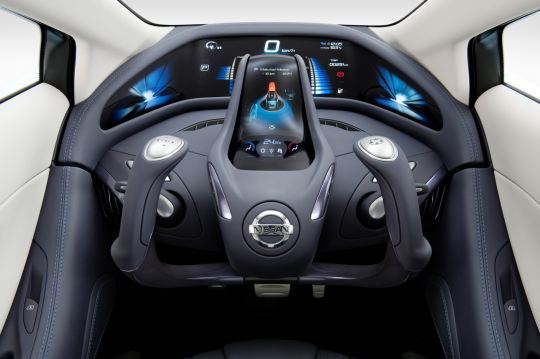 The Nissan Land Glider appears to have enough room for only one driver, plus a small space in the back for a single passenger to squeeze in.  Cabin looks particularly futuristic, sporting what looks like a flight yoke, instead of steering wheel, and a dash-mounted camera display, in place of rear and wing mirrors.  To keep the car as aerodynamic as possible, Nissan removed as many outer fittings that can affect air resistance. 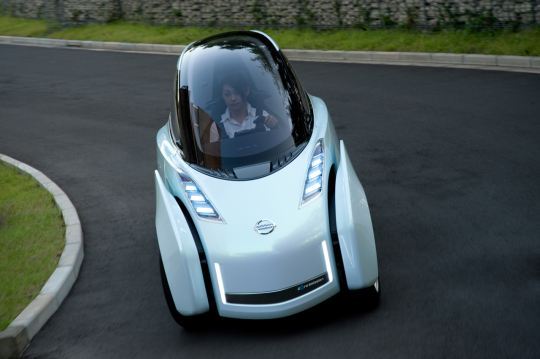 No details on the drivetrain have been revealed, other than the fact that it’s all-electric.  With a narrow profile and light weight, it should manage operation even with less power than your usual motorized car.

The Nissan Land Glider is scheduled for a showing at the 2009 Tokyo Motor Show, where more details will, hopefully, be revealed.  Check out the video below to see the car in action.