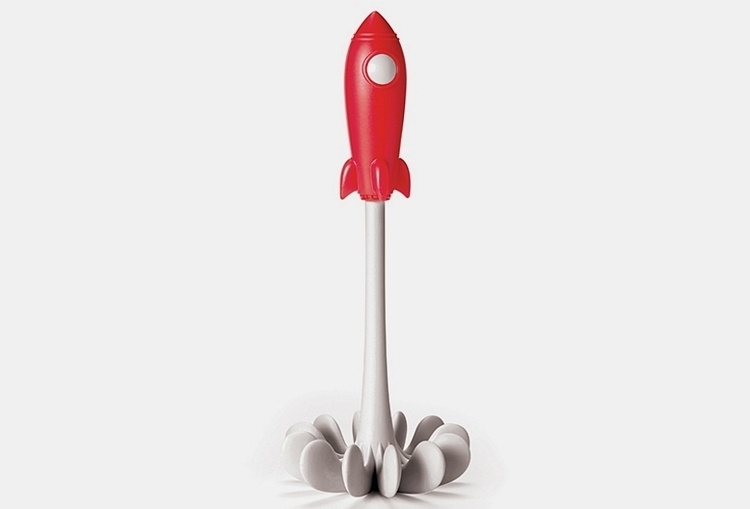 Does a bowl of mashed potato remind you of the giant cloud of smoke produced whenever a rocket launches into space? Now that I think about it, it actually does. Which, I guess, is enough of a good reason for the existence of the Ototo Space Masher, a crushing utensil that turns erstwhile boiled potato slices into a nauseating cloud of exhaust gases. Well, something that looks like it anyway.

Combining a rocket ship grip with a mashing head that resembles a small cloud of gas, the darn thing looks like a rocket taking off even on its own. It can stand via the mashing head, too, so you can set it down on a shelf and it will look nothing more than a cheeky space-themed decorative trinket. Seriously, it’s fun-looking enough that your kids will probably take it, thinking it’s a toy. 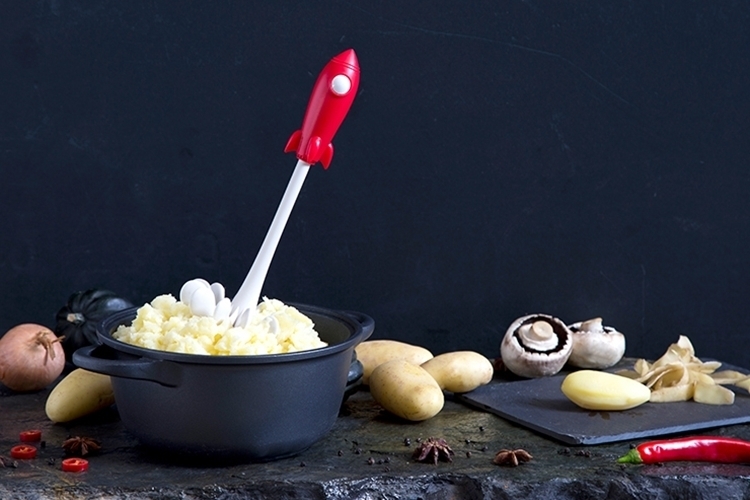 The Ototo Space Masher, however, isn’t just a cute toy, as it’s designed to crush and mash a bowl of potatoes with the same ease as any mashing utensil. We don’t know if it’s any more efficient than standard flat-bottomed mashers, but with its whimsical rocket launch theme, it definitely makes putting in all that elbow grease to turn a bunch of potatoes into a mushy pile a whole lot more fun. Seriously, it’s like a watching a rocket fly every time you leave it on the bowl. 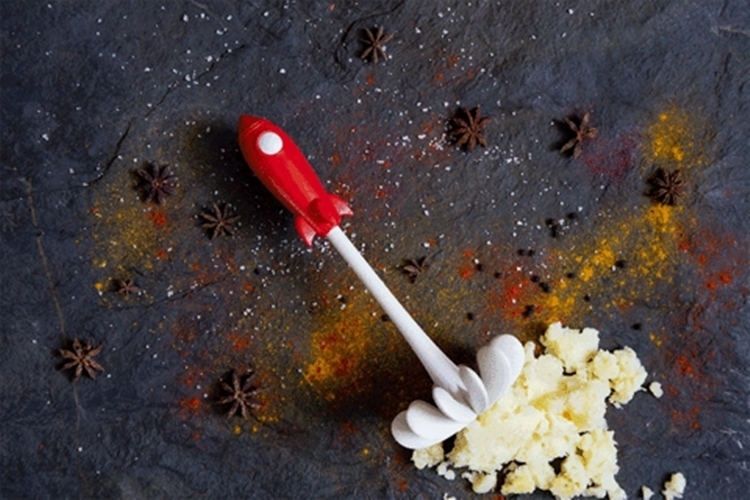 It measures 10 x 4.3 inches (length x diameter), so the shape is a little awkward, whether for stashing inside a drawer or hanging on a hook in the kitchen. As such, the likely best option for storing this is by leaving it standing somewhere, whether on a kitchen shelf, a cabinet, or in a corner of the kitchen counter.

Slated for release next month, the Ototo Space Masher is priced at $17.