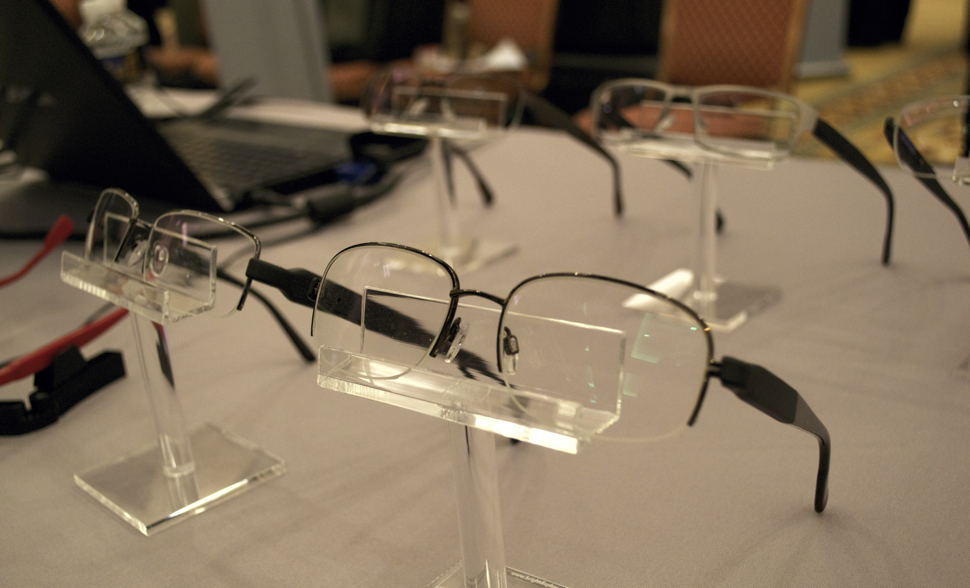 Progressive bifocals are so 2010.  This year, everything’s electronic, including your glasses.  The PixelOptics emPower! changes things up by sandwiching an LCD-like layer right on the lens that can be modified with an electrical charge.  That way, your specs can change focus as needed — even all on its own.

Creator PixelOptics bills it as “the most significant development in prescription eyewear in 50 years.”  While I’m not too fond of hyperbole, there could be some real truth to that, as their new dynamic electronic spectacle lens really does change things for those forced to put on fixed-focus and variable-focus lenses.

The PixelOptics emPower! can be used in three modes: automatic, manual on and manual off.  When allowed to operate itself, it uses built-in micro-machine accelerometers in the frame to detect when you tip your head down and immediately triggers the focal area for presbyopia (it assumes you’re going to gander at something up close).  A touch sensor also sits in the frame, which you can tap to activate reading mode when set to operate manually.

Because you get the whole lens for the function, you get a wider field of view compared to progressive units, apart from allowing for less distortion.   The lenses can also be configured for all the standard eyewear extras, such as anti-scratch coating and polarization.   Like all things electronic, though, you’ll now have to juice your glasses, which come with a hidden rechargeable battery module.

Pricing is expected to run around $1,200 a pair, which is far from cheap.  For the convenience of seeing clearly without the usual hassles of progressive units, though, that sounds about fair.