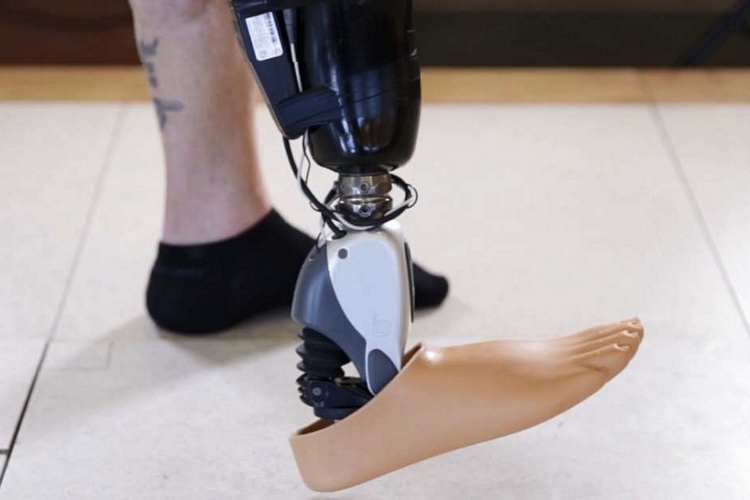 The Proprio Foot has long been a popular bionic limb, a robotic ankle that senses a person’s movements and adjusts its angle to simulate a natural stride. A new version of the prosthetic, however, changes the limb’s sensory input system, taking its commands from the brain’s electrical impulses instead of leg movements.

What makes the Proprio Foot’s new abilities possible is the company’s new implanted myoelectric sensor (IMES) technology, a pair of small sensors embedded in the muscle tissue that reads electrical impulses from the brain, processes it, and wirelessly transmits the decoded command to the foot. Unlike other experimental systems that read brain input, they don’t require implanting electrodes directly in the brain or transplanting tissue muscle. Instead, each of the 3 x 80 mm sensors are placed on the base of the leg in a minor surgery that takes just 15 minutes. Just as impressive, each of the sensors are powered by magnetic coils embedded in the robot limb’s socket, so there’s no battery system to recharge or replace over time. 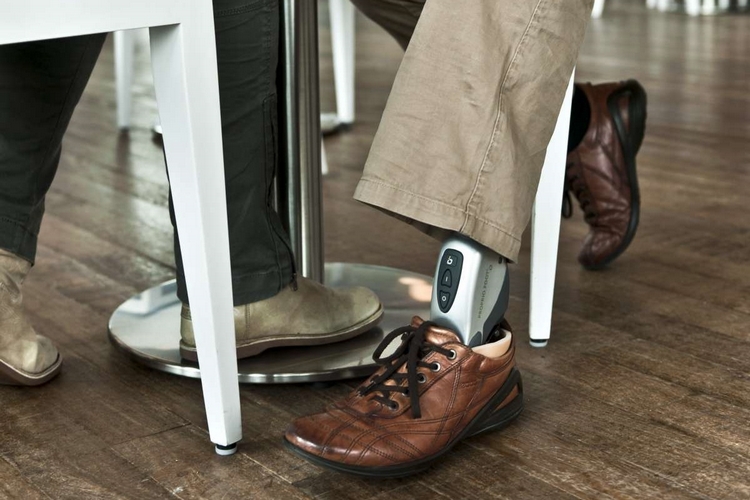 During use, the transmission from brain to sensor to the bionic limb is instantaneous, with the command reaching the prosthesis before the wearer’s muscles actually contract. As such, there’s no unnatural lag between intention and action, making the movement feel completely natural.

Made by Iceland-based Ossur, the Proprio Foot recently concluded a 14-month period of testing by two individuals, Gudmundur Olafsson and David Ingvasson. The results have been so good that they’re now moving into large-scale clinical trials before going into production within the next five years.