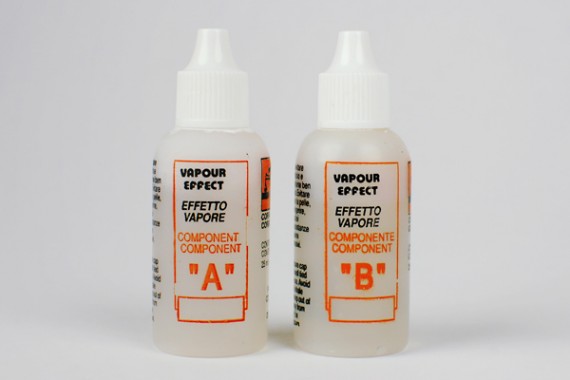 There are many ways to make smoke effects, some more expensive than others.  When we want smoke effects for a photograph, we usually just have someone light a cigarette and use the carbon monoxide vapor from that to set up the scene. Sure, it makes you die a little but it’s cheap and it works to a certain extent.  If you want what the pros use for small-scale smoke effects (and would rather not deal with those toxic Marlboros), though, you can’t go wrong with these Smoke Drops.

Used by food photographers, prop stylists and YouTube magicians, the hard-to-find sorcery trick uses two small bottles of chemicals: one labeled “A” and one labeled “B.”  Combine the contents of the two and the mix creates instant smoke, with a few drops from each generating a hazy vapor that lasts between 5 to 10 minutes.  The more drops you use, the bigger the smoke. 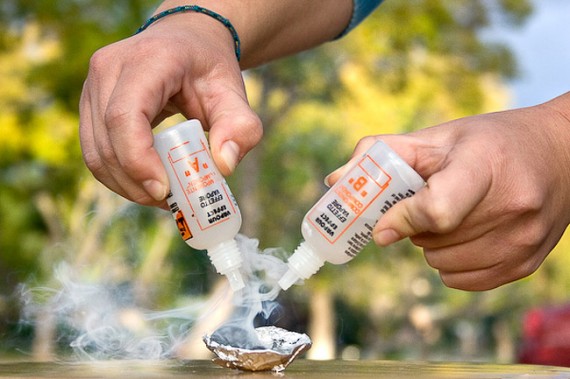 Each bottle contains 25 ml of whatever magical concoction makes the Smoke Drops’ wizardry possible, so a set should hold you over for a good amount of shoots.   It’s corrosive, though, so keep away from body parts and stuff you don’t want to ruin.  The Photojojo website suggests mixing it on glass and similar materials.

Priced at $49, it makes for a cost-effective smoke-generating prop that you can use to make it look like your iPad’s on fire, your army of zombies have been doused by vaporous acid or you’re sitting idly by as a stack of Benjamins burn in front of you.  Photojojo’s Tumblr has a lot of suggestions for shots to use this in (along with plenty of samples), so check it out.  Imported from Italy.