Get Drunk On Alien Juice With The Starfleet Hip Flask 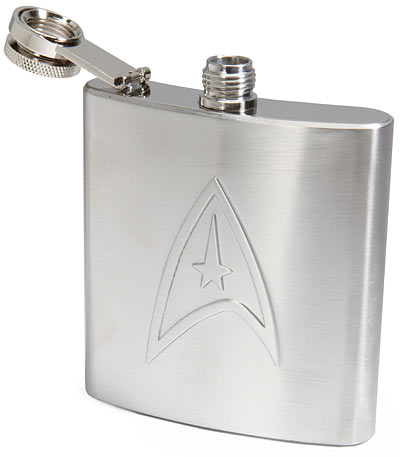 Even Trekkies sneak in alcohol too. Rolling with a walking cane flask or a binocktails doesn’t really suit your skin-tight threads, so you should try getting your drink on with the Official Starfleet Hip Flask. “Official” as in it’s a licensed Star Trek product, by the way, not that you’ll actually be a credentialed Starfleet crew.

There are no futuristic powers or alien technology here. It won’t clean itself, automatically replenish whiskey or even turn into a phaser, which just sucks. In fact, it’s just a classic wine flask, like you see old-timers wearing by their hips, cheekily adorned with a Starfleet logo. Since it’s all Star Trek and shit, though, you might get away holding it out in the open at the convention floor. 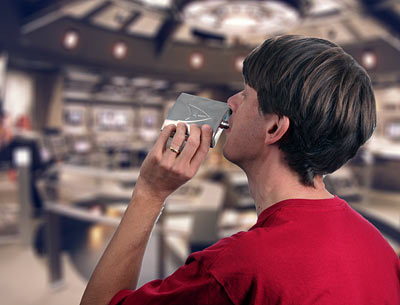 The Starfleet Hip Flask is a stainless steel alcohol vessel that measures 3.75 x 4.5 inches. It comes with a hinged lid, so you don’t go around losing the cap (drunks get sloppy, even absolutely geeky ones) while sneaking around the back for a sip. You can fill it with up to six ounces of your favorite alien spirit or cheap rum, whichever you actually like to get drunk with.

Feel the hankering for a sip of whiskey while browsing the comic book aisle? Here you go. Want to pass some intoxicating goodness around at comic book conventions? Pull it out and be the most popular guy in the room. Well, next to Leonard Nimoy and about a couple dozen other cast members, but you know what I mean.