Erle-Spider: Finally, A Programmable Arachnid Robot To Call Your Own 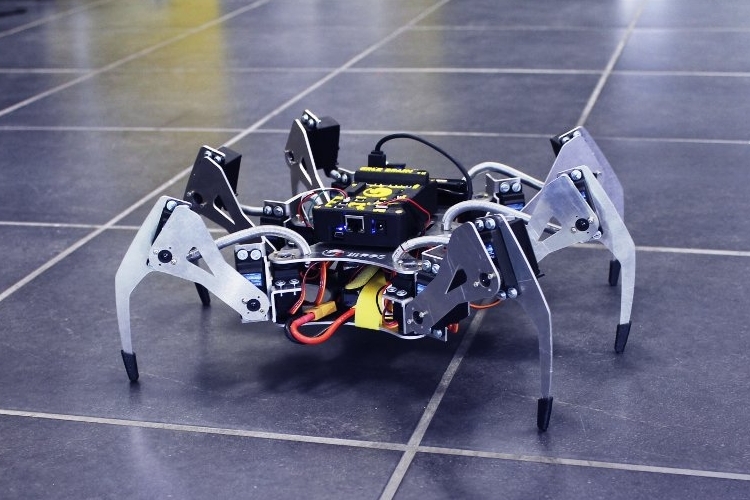 Remember when Lian-Li came out with a PC case that looked like a giant spider? Well, the Erle-Spider is its smarter little brother. Instead of being a mere PC case, though, it’s a full-fledged walking spider robot with a computer brain that can be programmed to carry out all of your bidding.

Made by Erle-Robotics, it’s a six-legged automaton with 18 degrees of freedom, allowing it to move like a goofy yet adorable arthropod. Yeah, it’s not quite terrifyingly nimble or horrifyingly fast enough to let you build a powerful robot army of mini spider soldiers, but if you’ve ever wanted an autonomous arachnid drone that seems to move in an adorably weird way, this thing looks like it ticks all the right boxes.

The Erle-Spider is powered using the company’s robot computer called Erle-Brain 2, which consists of a 900MHz quad-core ARM Cortex A7, 1GB of RAM, a host of input and output connectors (USB, Ethernet, HDMI, I2C, and more), and an array of sensors (gravity, gyro, compass, pressure, and temperature). It runs Snappy Ubuntu Core, a new Linux distribution designed for robots and Internet-of-Things devices, with a framework based on Robot Operating System (ROS). Each one comes with a wireless Bluetooth gamepad for controlling the robot’s movements, with several built-in apps that allow it to move around autonomously and avoid obstacles. It also comes with an SDK, so supervillains with a gumption for coding can whip up new behaviors to turn it into an evil hexapod monster.

Slated to ship out in December, Erle-Spider is currently collecting preorders from Indiegogo. Pledges to reserve a unit starts at $400.