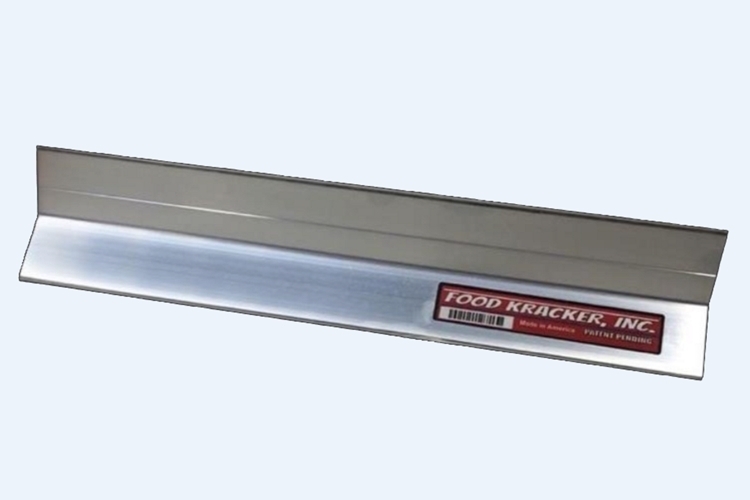 You know when you have a stack of 10 frozen patties and all you need are two to cook for dinner, so you spend the next five minutes trying to pry those patties off unsuccessfully. It’s not an uncommon problem. The Food Kracker looks to make that just a little easier by giving you a simple way to split frozen food items apart.

There’s nothing complicated about it. Consisting of a perpendicular edge with a stable base, it lets you quickly and safely crack any frozen food items, allowing you to split up a big hunk into smaller pieces, whether to separate food you’re cooking or help speed up defrosting for the entire bunch. 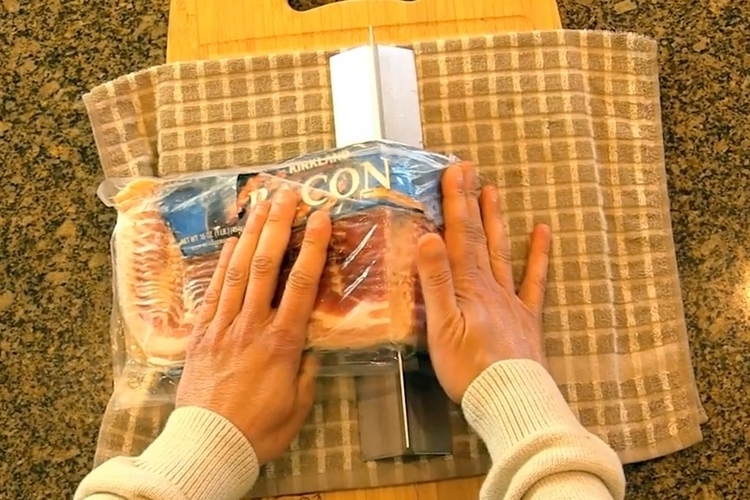 The Food Kracker comes in the shape of a three-pointed star, with the middle edge serving as the splitting edge and the other two keeping it stable on the surface. The splitting edge is completely dull, so there’s no risk of cutting any part of your hand the entire time, whether you’re chopping up ground beef, hamburger patties, or any other frozen clump. To use, simply set the Food Kracker on the counter, then press the frozen food item right on the area where you want it to split until it separates. Done.

Each Food Kracker comes with a knife holder for those times when you want a knife blade instead of a dull edge facing up. Granted, that doesn’t sound very safe, but if you like living dangerously, then enjoy.