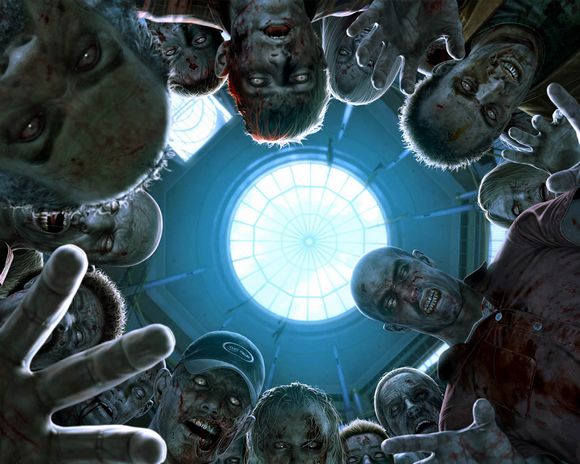 A zombie threat may not be the foremost worry on your mind, but isn’t it at least possible that it “could” happen one of these days?  A handful of clowns students from the Carleton University and the University of Ottawa thought it was, at least, worthy of investigation and came up with a working mathematical model for human survival in the event of an infestation.

Since there isn’t a real-life event to base a zombie attack on, the group decided to choose a premise from their favorite zombie movies, eventually deciding on George Romero’s variety of slow-moving brain eaters.  The lumbering undead, at least by the scope of the study, can infect healthy humans with saliva transference as a result of bites, causing the victims to turn into the same drunk-like creatures with a poor sense of balance.

Three groups of players are involved in the paper: zombies, humans and the dead (also known as ground fertilizers).  Basically, the prognosis is very bleak, with an uncontained zombie attack wiping out an average city’s population in under eight hours.  Quarantining is largely futile, as zombies will either eventually escape or infect those trying to hold them captive, unless they are killed off immediately upon capture.  Basically, the only reason to quarantine is to kill them – otherwise, there’s always the likelihood they’ll spread again.

Only one solution proved mathematically sound, which is to attack the zombies (wow, Resident Evil had it right all along) in focused efforts.   According to the findings, given a 24-hour incubation period, all zombies can be violently eradicated within 10 days.   That’s assuming, of course, that there is no boss zombie who’s immune to firepower.

It also looked into the option of co-existing, in case a vaccine to prevent further spread can be found.  While it will be possible (mathematically, anyway), it’s a risky proposition that will probably be overlooked in a real-case scenario, given that you only need 10 days to get rid of the problem permanently.  Some termite infestations take more time to cure than that!

[University of Ottawa (PDF) via io9]