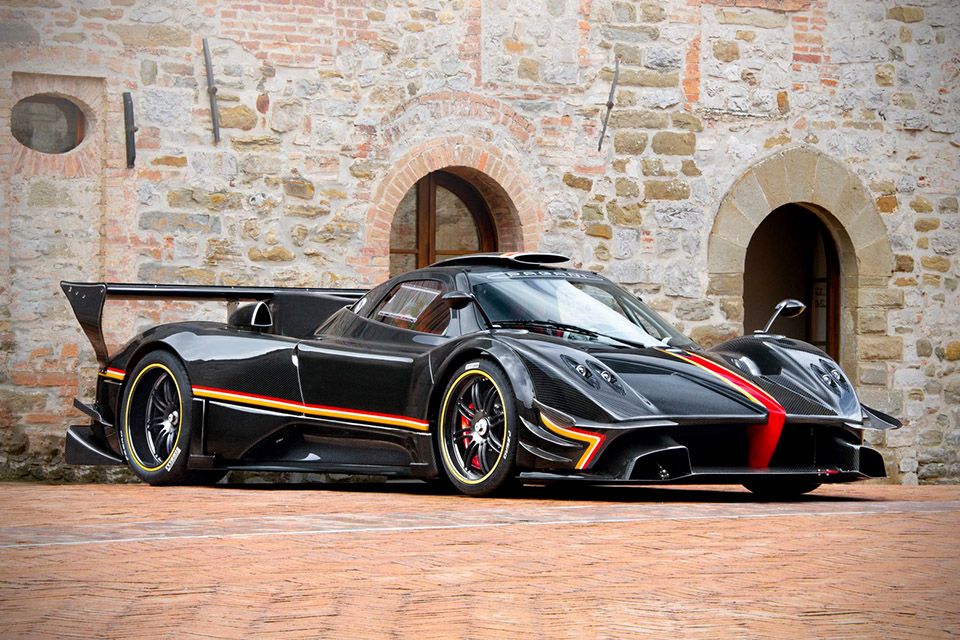 For over a decade, the Pagani Zonda has reigned as one of the most desirable exotics in the supercar scene.  If we’re going to believe Pagani, the Pagani Zonda Revolucion will be the last version in the long line.  Of course, they also said the same thing about the Zonda R and the Zonda Tricolore, so maybe take that with a grain of salt.  If it is the last of the breed, though, then it’s one way to end the Zonda line with a thunderous bang.

Designed to “amaze both on the track and in a car collection,” the vehicle brings ultra-aggressive styling that’s guaranteed to turn heads before you even start the engine.  Seriously, this is a wild looker, decking the Zonda’s sweeping lines in a carbon fiber body, then topping it off with wings and a huge spoiler. 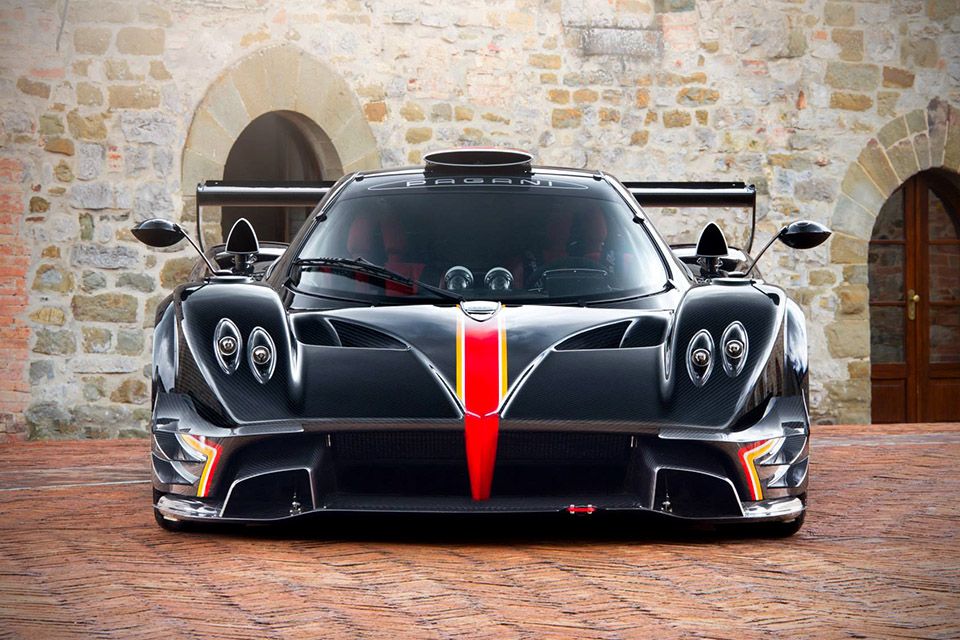 The Zonda Revolucion gets a carbon and titanium chassis, which reduces the curb weight to a scant 2,354 pounds. With a Mercedes-sourced V12 arming it with 800 hp and 538 pound-feet of torque on tap, it boasts one of the best power-to-weight ratios the automotive world has ever seen, putting it well ahead of the Bugatti Veyron, McLaren P1 and even Pagani’s own Huayra in that department.  Other features include a six-speed sequential transmission that changes gears in 20 milliseconds, 12 traction control settings, ABS, and a Brembo braking system with lightweight CCMR discs. 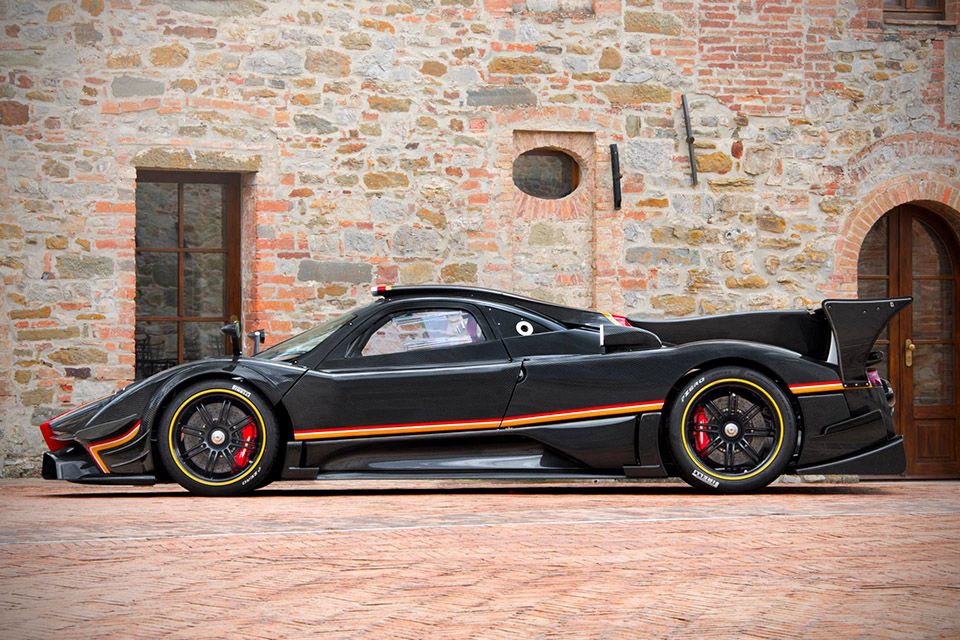 Aero setup gets a boost of new updates, too.  This includes new deflectors on the hood, a trunk-mounted vertical stabilizer, and an F1-inspired drag reduction system that adjusts the rear wings at the touch of a button. 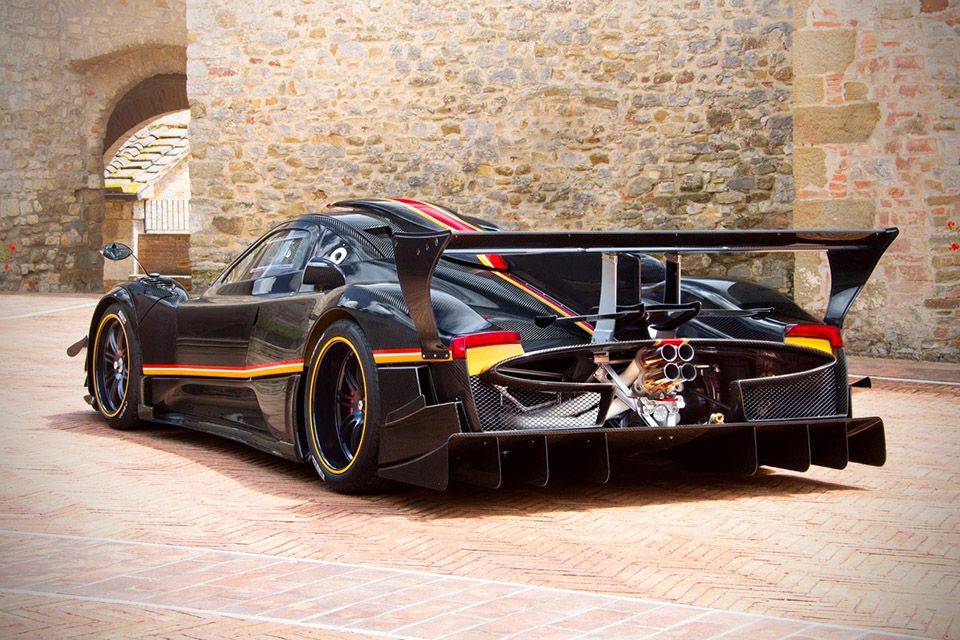 Only five Pagani Zonda Revolucions will be built, priced at a staggering €2.2 million each. 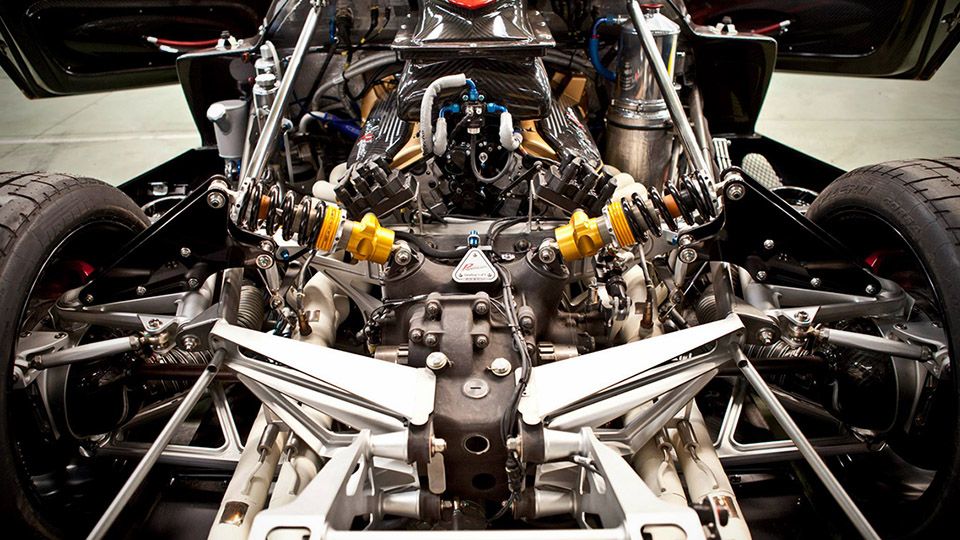