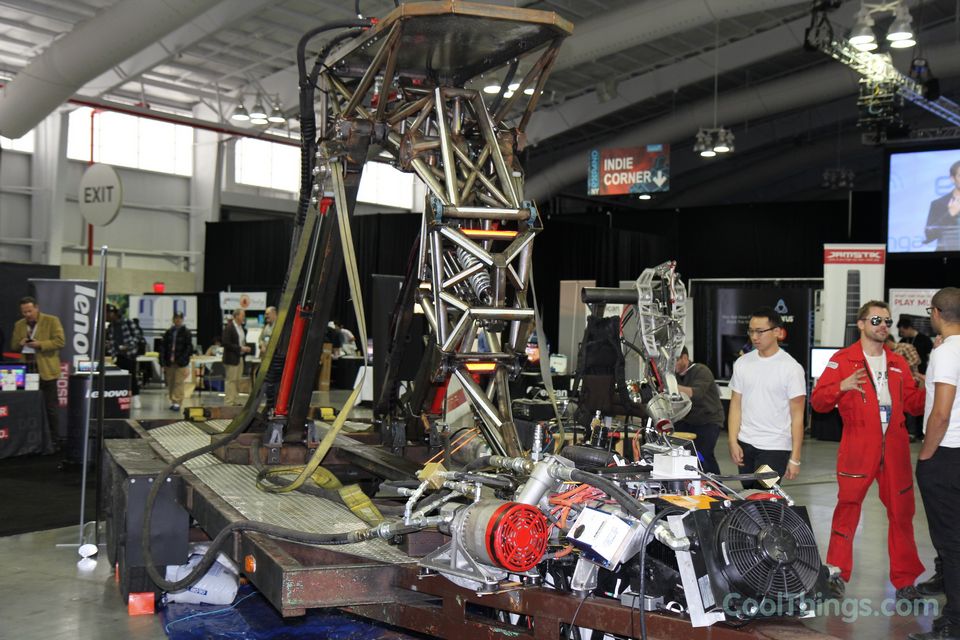 Created by the same brains behind Mondo Spider, it’s a four-legged exoskeleton that turns puny humans into towering monsters clad in steel tubes and robot mechanisms.  Yep, just like in video games, only better, because it’s real life.   Imagine: walking around all day on an exoskeletal body of a T-Rex, a mammoth, or Gundam Z.  Yeah, real life just got a million times weirder.  And more awesome.

The Prosthesis is being billed as “a human-controlled racing robot.”  Basically, a guy sits strapped inside the exoskeleton’s body, controlling its motions using his own movements that’s put through a series of mechanical and electronic amplification.  Kind of like the robots in that Pacific Rim movie, except there’s no weapons or automated controls, with the robot’s performance fully dependent on the effort of the person sitting in the cockpit.

Construction is high-tensile chromoly steel for the exoskeleton frame, with hydraulic pumps, hoses, cables and other wizardry providing the necessary hocus pocus to allow a puny human to move a giant robot.  The final robot will be over 16 feet tall and weigh over 5,000 pounds.

The sad part?  They’re not going to sell you one.  Instead, Prosthesis’ creators are raising funding to build the creature as a touring robot that they will bring around to shows, events, and, eventually, use in their own plans for world domination.   Want to support them?  You can pitch in at the project’s Indiegogo page. Link and video after the pics. 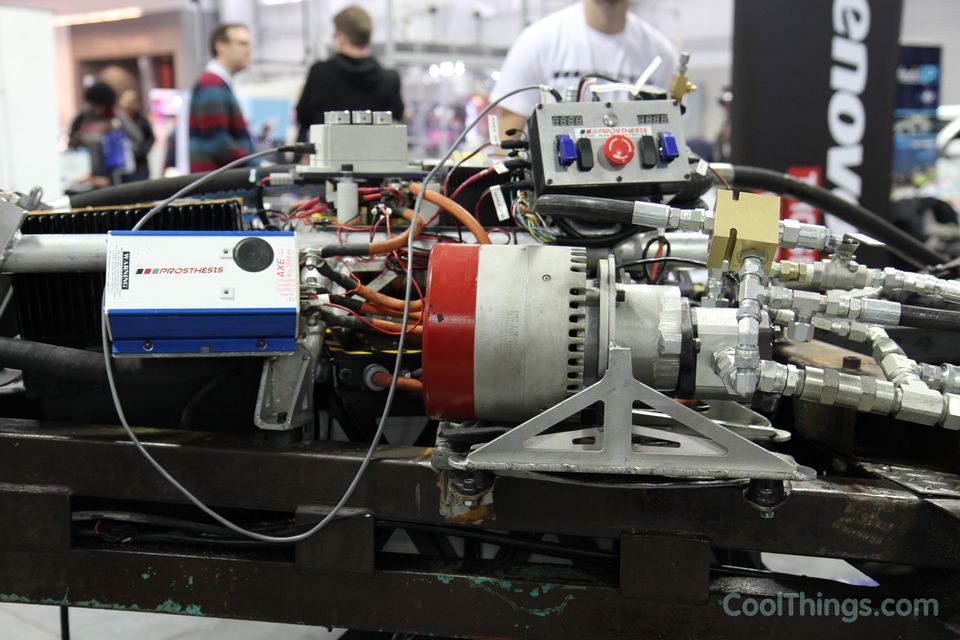 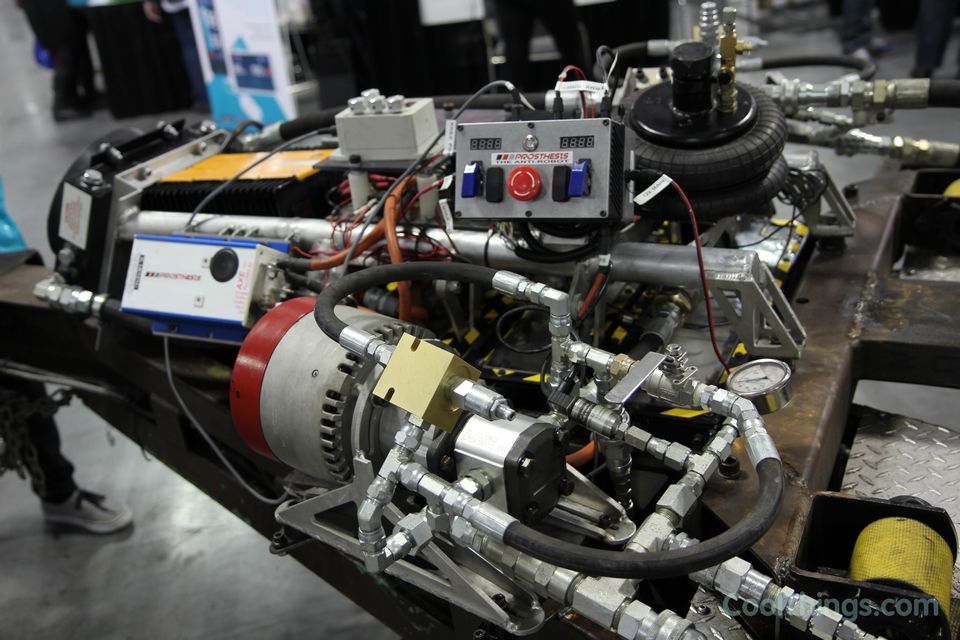 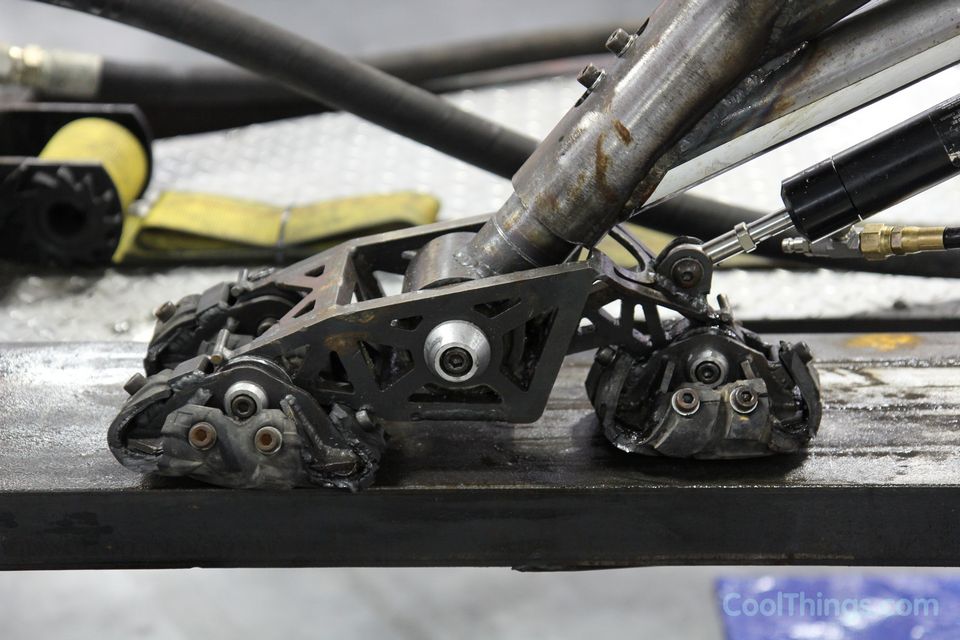 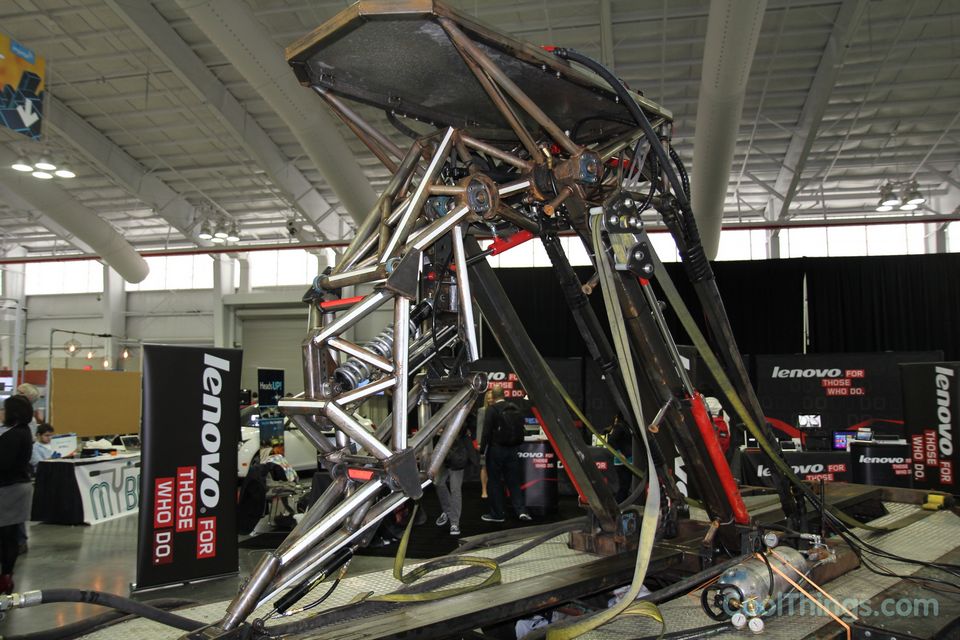 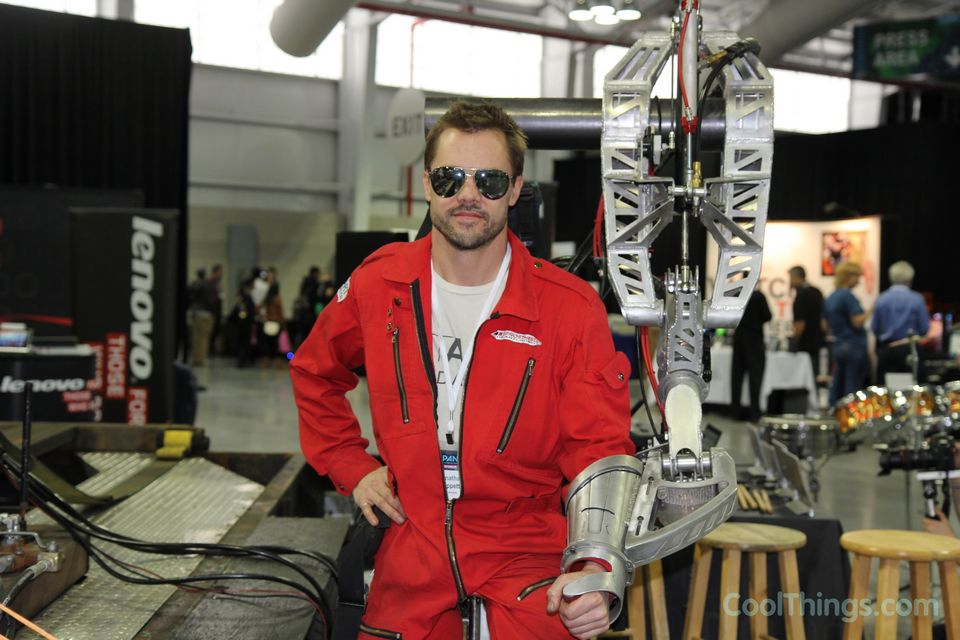 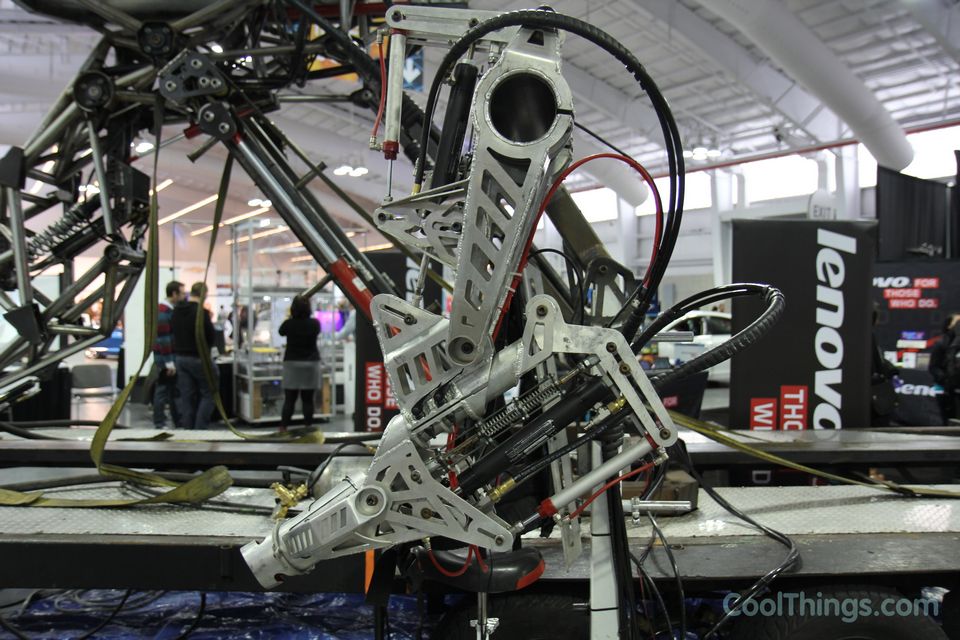 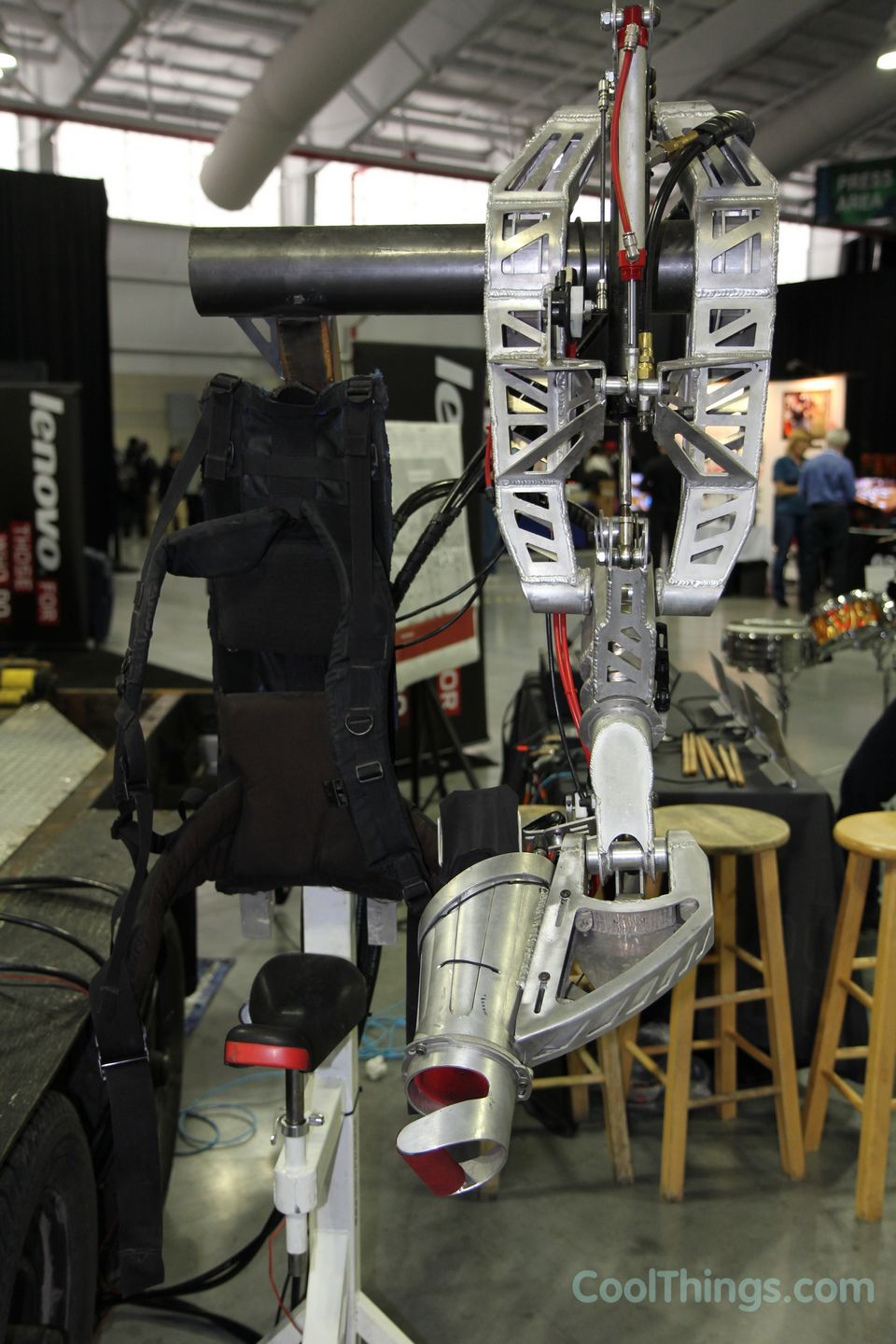 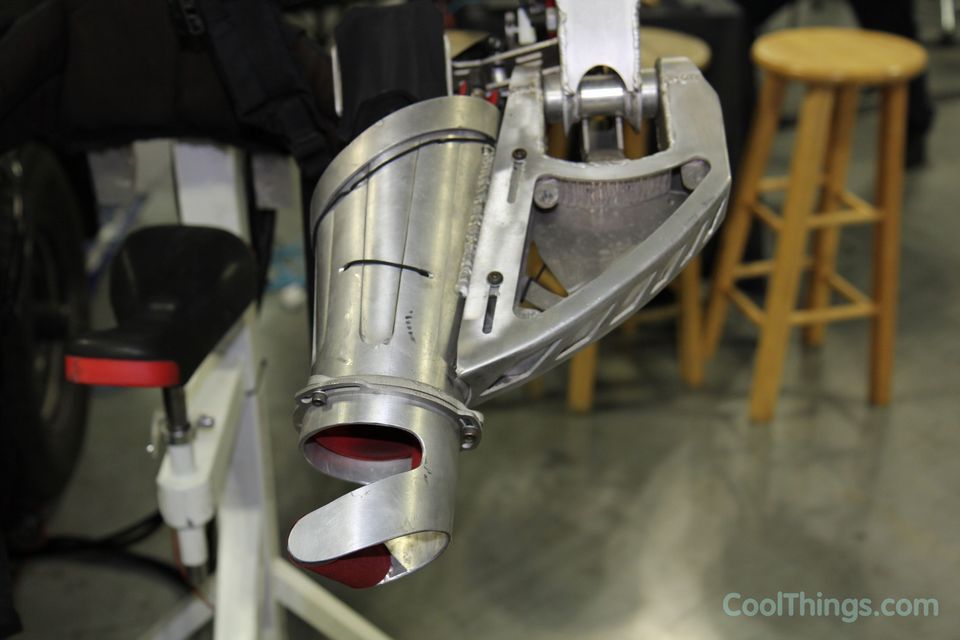 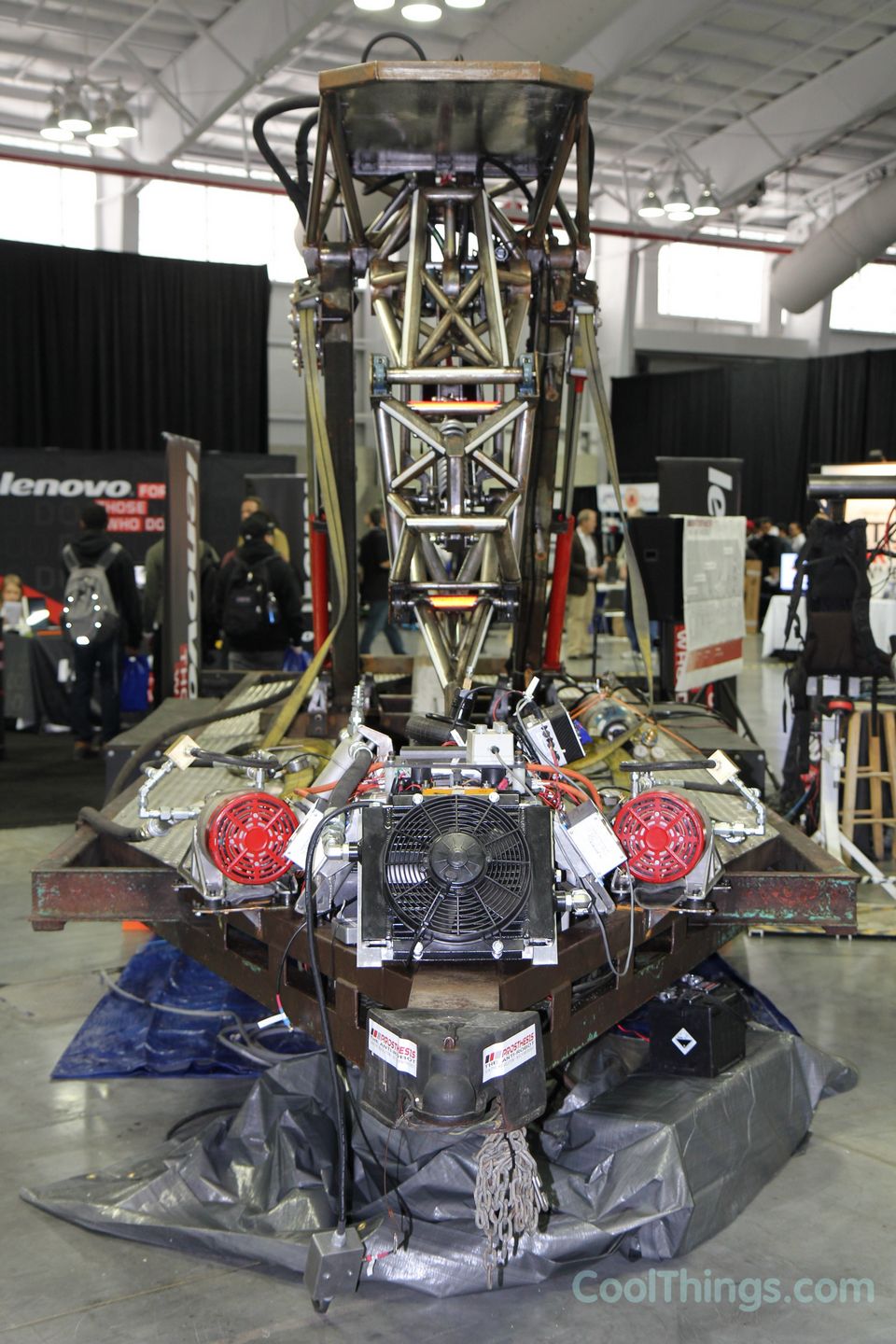 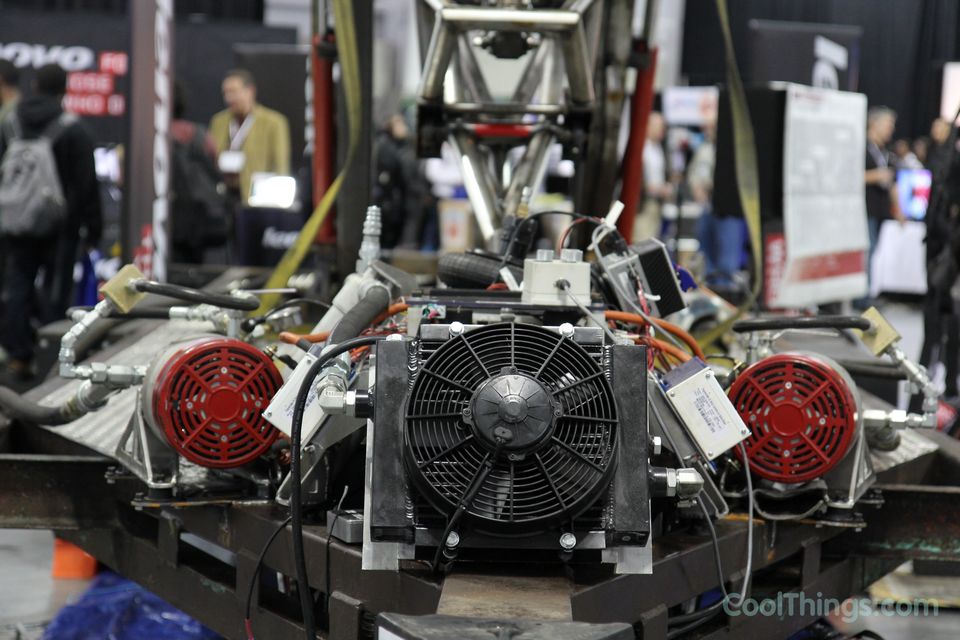 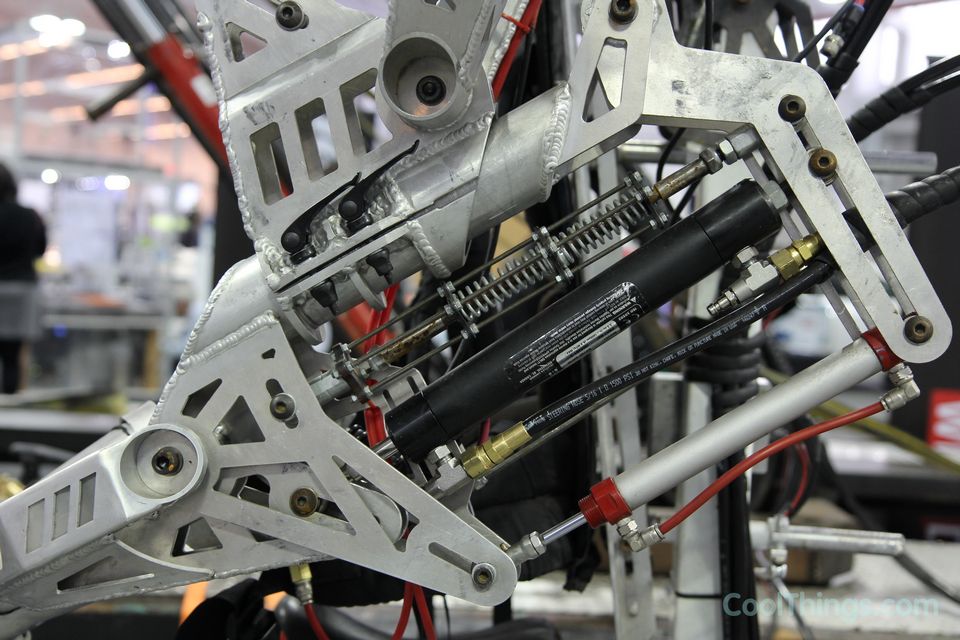 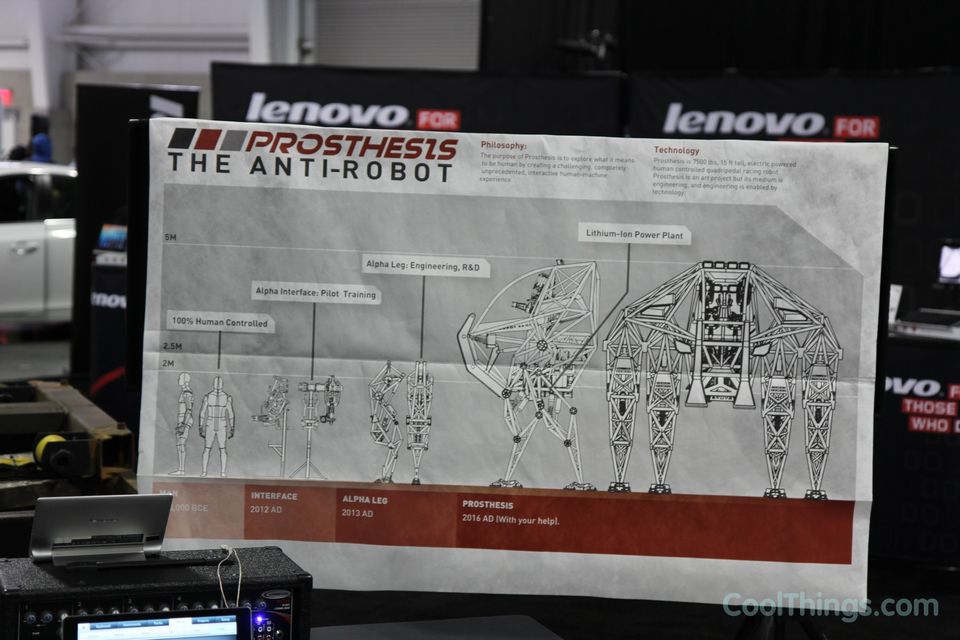 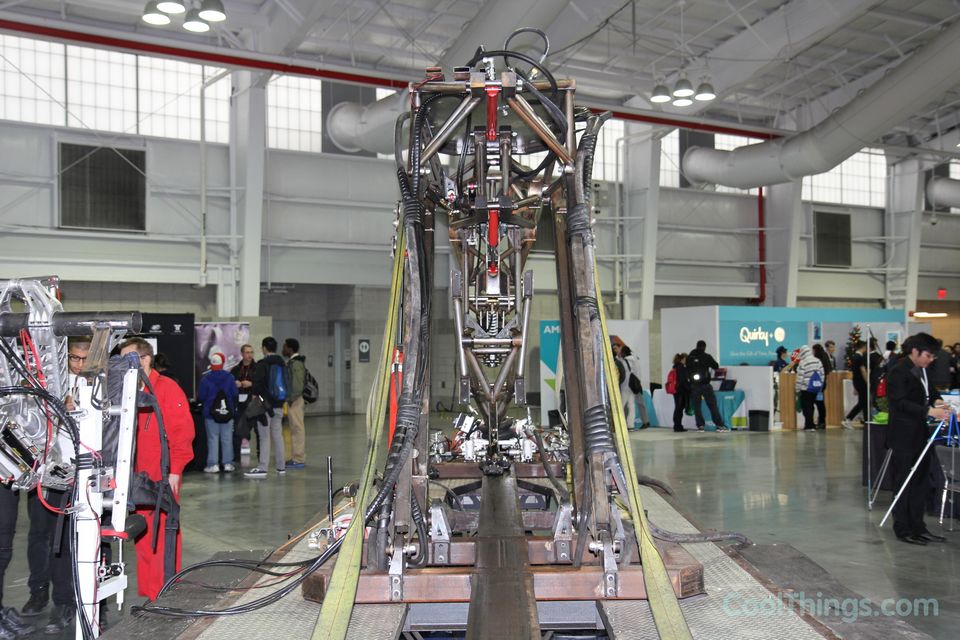