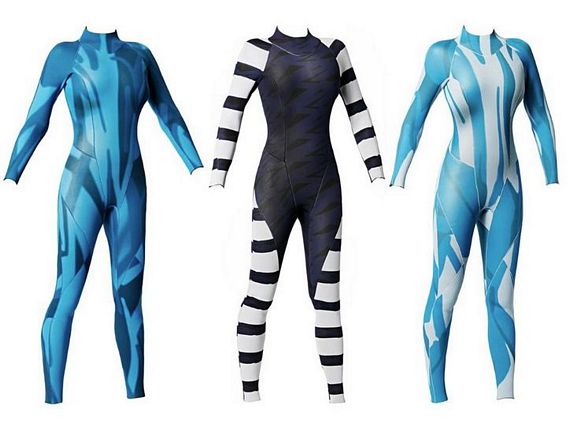 Sharks are scary and mean.  When you’re in the water and they want to eat you, they probably will.  And no amount of “But shark, I’m only photographing the marine life so I can post on Facebook and have people press Like” will save you.  That’s why you should have worn Radiator’s Shark-Deterrent Wetsuits.

Designed for divers and surfers, the garments offer the same thermal insulation, abrasion resistance, and buoyancy assistance that you get from usual wetsuits, but reinforces it with scientifically-developed shark-deterrent designs.  Granted, it won’t guarantee 100% effectiveness (we doubt anything will), but it will greatly minimize the likelihood that you appear as an attractive meal for the sharp-toothed carnivores of the deep. 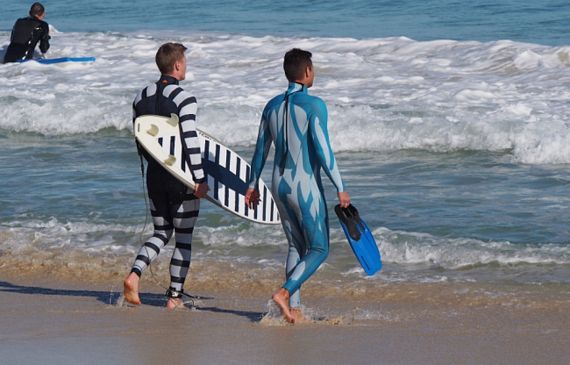 The Radiator Shark-Deterrent Wetsuits uses preceise design elements that they have proven to be effective at repelling sharks.  According to the product page, sharks see colors and shapes quite differently the way humans perceive them, seeing things in black and white with a very acute perception of shading that’s impacted by the reflective spectrum in the water.   Knowing the details of how sharks see prey and food options, they designed wetsuits that will make the wearer appear as neither, making them look like a not so attractive chick in a bar at the start of happy hour (who gets hotter as the night goes by, true, but sharks don’t drink, so it’s different with them). 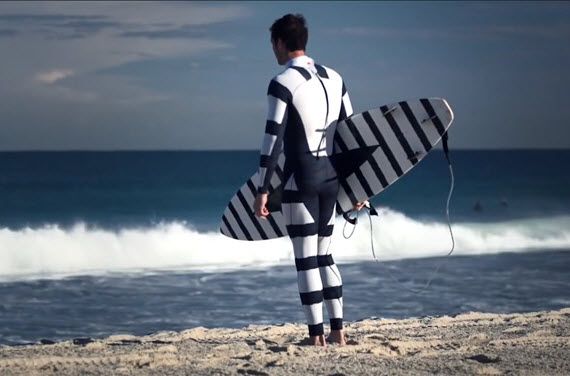 They offer four different types of wetsuits: Diverter Surf (for surfing), Diverter Dive (for diving in murky waters), Elude Mid (for snorkeling and mid-depth diving), and Elude Dark (for deep sea diving).  The first two use stripe designs that make the wearer appear like an unpalatable food option, while the latter two use a design that’s meant to blend in with the surrounding waters.

You can order the Radiator Shark-Deterrent Wetsuits now, priced at AU$495.