UBR-1: Is This The Affordable, Trainable Robot Of Our Dreams? 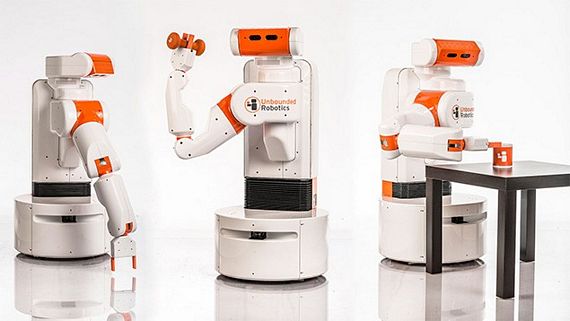 Yes, we all still dream of the perfect robot home companion — that one automaton that will cater to our every whim and desire, so we can spend our future days and nights at home watching Netflix and playing PS4, instead of cooking, cleaning and fetching another beer from the kitchen fridge.  Can UBR-1 be the robot assistant every lazy earthling so rightfully deserves?

Made by Unbounded Robotics (a spinoff of the very successful Willow Garage), it appears to be a smaller, cheaper, one-less-limb version of WG’s PR2.  That means, it’s likely another robot designed for academe and simple commercial operations, so sorry lazy citizens who just want a robot assistant.  Maybe next time. 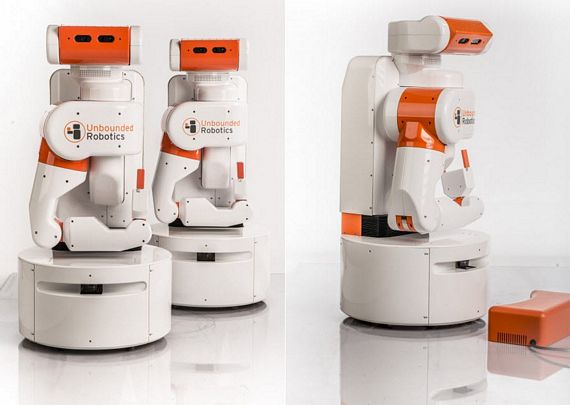 But, alas, don’t be discouraged.  UBR-1 is actually a pretty capable robot that can see where it’s going, move itself around the surrounding environment, and manipulate objects using its lone arm.    Which means, you can make it do wonderful things, like fetch you a beer, fetch you a cookie, and even fetch you a fresh roll of toilet paper from the kitchen drawer where the wife keeps them when you suddenly run out.  That is, once you have trained it to perform your wishes.  Robot features include onboard mic and stereo speakers, a 3D RGBD sensor and a 2D laser scanner for recognizing its environment, a panning and tilting head, and two-pronged gripper claws attached to the backdriveable 7D0F arm.

Robot processing is handled by a 4th-gen Intel Core i5, which runs the open-source RobotOS platform.  You can control the robot using a PS3 controller for manual operation, which isn’t awesome because you can’t watch Netflix while controlling a robot.  More interesting to the lazy citizens of the world, however, is the custom software that comes with the robot, which lets you “train” it using precise instructions like mapping out its travel path and teaching it to grab a beer by moving its hand accordingly.  The robot arm can carry up to 3.3 pounds, which, we imagine, is just the right weight so it can handle a bottle of your favorite commercial brew.

Orders for the UBR-1 will be taken before the end of the year, with deliveries slated for fulfillment summer 2014.  Price is $35,000.