Captain America Motorcycle Suit Lets You Ride Like An Avenger 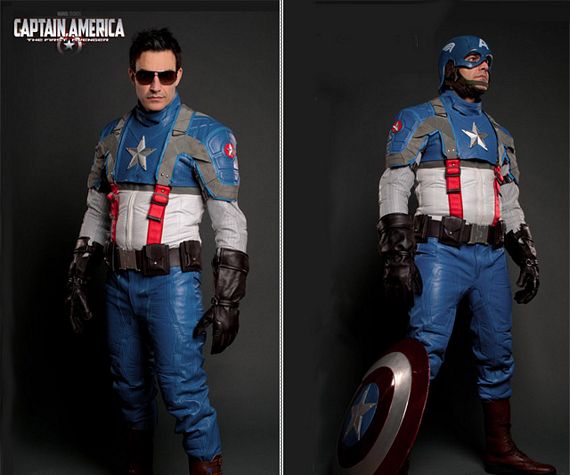 Just like the Wolverine and Dark Knight Motorcycle Suits we’ve featured before, this detailed recreation of the movie costume is made by UD Replicas.  Unlike those two, though, there’s no way to pass this off as just some flashy motorcycle suit — people will know you’re dressing up like Captain America as soon as they see it.   Might as well embrace the geekery, right? 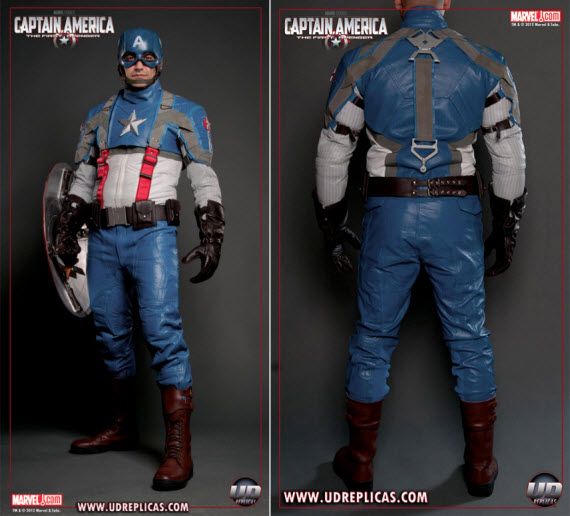 The Captain America Motorcycle Suit recreates every detail from the Star Spangled Avenger’s costume in Marvel’s new movies.  From the molded forms to the classic color scheme to the aluminum accents to the iconic silver star on the chest, it’s probably as realistic as any Cap costume you can find today. Construction is foam-molded leather, so you can look just as chiseled as everyone’s favorite patriot supersoldier.

More than copying the Cap’s appearance, the suit is a fully-equipped protective motorcycle gear, complete with CE-approved armor and padding to keep you unscathed when supervillains knock your bike over while you ride.  Set includes the full body suit, harnessed paddings, gloves, utility belt, and boots.  Sadly, a helmet isn’t included (yep, the one in the picture isn’t for sale), so you’ll have to make your own arrangements for that one.

You can buy the Captain America Motorcycle Suit as a full set or as individual pieces, with deliveries slated for the last quarter of the year.  Price for the complete suit is $1,290 (Canadian).