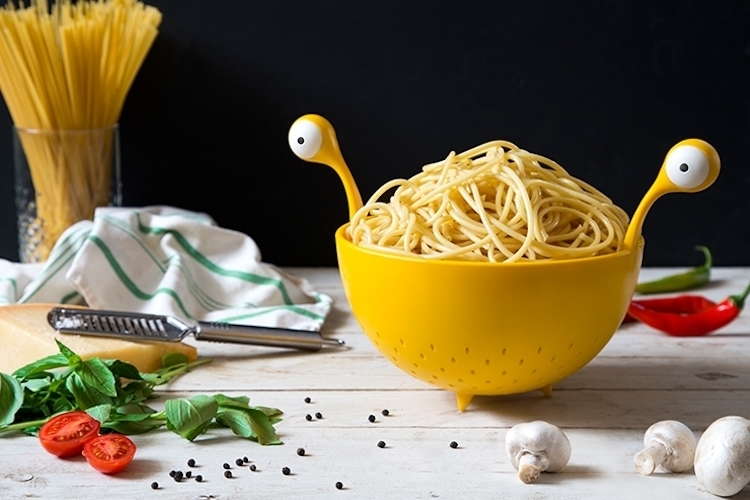 We have no idea how relevant Pastafarianism, which was birthed in a satirical open letter back in 2005, remains in 2017. What we do know is, the Church of the Flying Spaghetti Monster has long made for an interesting curiosity, whether you enjoy it as a piece of satire, an actual religion, or a joke long past its due date. And while adherents of the internet phenomenon have long used colanders as a symbolic tool for the “cult,” we have a feeling Ototo’s Flying Spaghetti Monster Colander will make for a much more suitable alternative.

That’s right, the guys behind Nessie, Swanky, and a whole host of ridiculous kitchen implements just made a colander in honor of the Flying Spaghetti Monster. Whether you want to build an altar to Pastafarianism at the center of the kitchen, require a more interesting colander to wear as a hat, or just want to enjoy some spaghetti-and-meatballs for dinner, this thing should serve as a viable tool for each of those tasks, all while looking so much better than the boring colander you’re currently using. 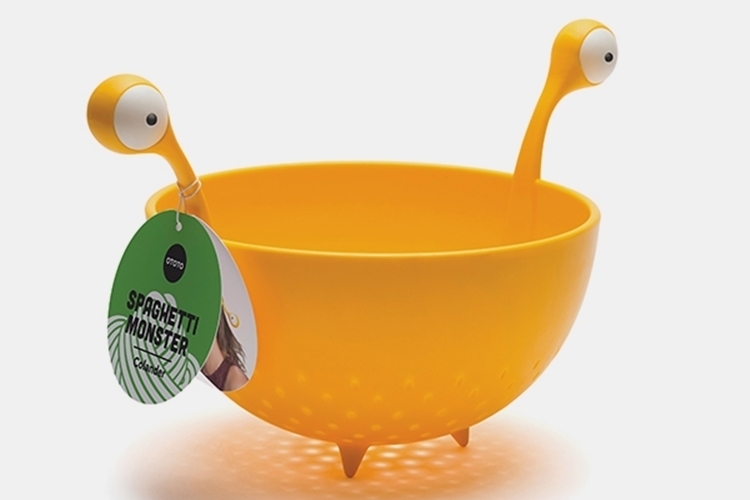 The Ototo Flying Spaghetti Monster Colander is a functional strainer where you can dump freshly-boiled pasta once it’s al dente. Like other colanders, it comes in a bowl shape, with small perforations at the bottom half for letting the water out, while a trio of feet at the base keeps it slightly elevated, whether you set it down on the sink or the kitchen countertop. Suffice to say, you should be able to use it like any colander you’ve ever had in the kitchen.

Instead of conventional handles, though, you’re supposed to hold the darn thing using the two eyes sticking out of the bowl edge (necessary because that’s what the eyes on the monster’s symbol looks like), which, honestly, doesn’t look as comfortable as traditional handles. What you lose in comfort, though, you definitely gain in entertainment value, since they make the erstwhile normal colander look like a veritable alien race that created the human race absolutely not from their own image. 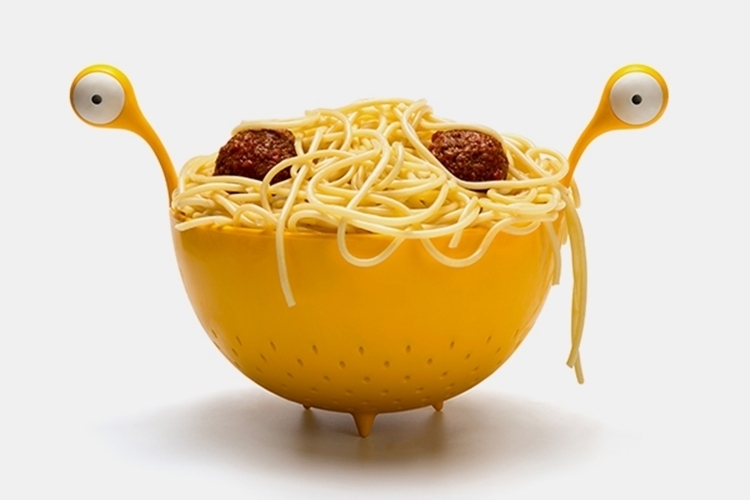 We love the fact that Ototo actually seemed to hold back in going crazy with the Flying Spaghetti Monster Colander. I mean, they could have added so much in there and made it look like a busy mess. Instead, they kept it simple: just a colander in an attractive color with the monster’s signature eyes to really set it apart. It works perfectly.

The colander, by the way, measures 7.5 x 12 x 8.5 inches, so it shouldn’t be all that much bigger than your current pasta strainer. Of course, having those eyes sticking out of there does add a good load of awkwardness to its form, which probably makes this a little difficult to find storage space for in the kitchen. Our suggestion? Probably build an altar where you can keep it instead. Hey, it could be good for a laugh.

Slated to come out September 6, the Ototo Flying Spaghetti Monster Colander is now on preorder. Price is $18.